In its summer offer, Termag Hotel enables you to go on a tour of Jahorina Mountain and similar destinations in the surrounding area. Visit the attractions with a guide and choose the activities you want at a tempting and affordable price.

Rafting on the Tara and Drina rivers

We offer spending one or more days in a rafting camp and rafting down the Tara River. The members of our animation team will provide safety and an unforgettable experience of spending time with friends. Departure from Termag Hotel. Arrival at the camp after a two-and-a-half-hour ride. Refreshment, getting ready for rafting. Going to the starting point and rafting downstream. Return to the camp for optional lunch, followed by return to the hotel. All the participants get full equipment, wetsuits, helmets, footwear, and the boats are operated by experienced and licensed skippers. It is possible to be picked up from your home address and dropped off at a desired location.

The Perućica rainforest is only a two-and-a-half-hour ride away from Termag hotel. It is the only rainforest in Southeast Europe, covering 5,000 m2. It represents a rare natural laboratory of great significance for numerous scientific disciplines, for teaching, as well as for simple enjoyment of clean, unspoilt nature.
You will be able to tour this unique location in this region accompanied by an experienced guide:

* we will tour the Perućica rainforest, see its jewel, the Skakavac waterfall (71 m) and watch the magic and beauty of intact nature of the only European rainforest from lookout posts.

* We continue our trip towards the Prijevor

* We continue our trip towards the Prijevor lookout post in the foothills of Maglić mountain - the highest mountain in BiH, from which a magnificent view spreads over mountains Maglić, Volujak, Durmitor, Zelengora, Jahorina, Perućica and the Sutjeska Canyon.
* The last location we will visit is the Valley of Heroes - Tjentište, which used to be a large tourist centre with rich cultural and historical heritage. Of course, we must also visit the Battle of Sutjeska memorial complex, as well as the largest European outdoor swimming pool in Tjentište.

* Arrangements can be made to spend several days in the Tjentište camp to visit other attractive locations in the area.

The Sarajevo-Romanija region boasts several attractive caves, among them the Orlovača cave (2000 m), the cave in Mokro and Novak's cave located in the cliffs of Romanija mountain, surrounded by a pine forest. In a special package for all speleology fans, we offer a tour in which you will enter the mentioned caves, and we also provide transport to/from the hotel.

The Špilja cave, the source of the River Miljacka, located in the village of Kadino Selo, near the town of Mokro, represents the longest and the most beautiful cave in BiH. It offers wonderful possibilities for extreme (adventure) tourism. The discovery of new animal species living in it is to be confirmed by further scientific research. The water temperature is around 6.2 °C, requiring the use of special equipment, without which spending longer periods of time inside the cave is not possible.

Novak's cave is situated in steep cliffs of Romanija mountain, at it was named after an old national hero, Starina Novak. The cave is 1515 m above sea level. Below Novak's cave is the most famous spring area in the whole territory, called Careve vode. Next to the spring area there used to be a road to Constantinople, which was for a while one of the most important roads in the Turkish empire in Bosnia. The tourist destination starts from the hunting lodge in Majdan or from the mountain lodge in Stajna, only 4-5 km from the town of Pale.

The Orlovača Cave is one of the most beautiful caves in BiH. The total length of the cave passages is more than two and a half kilometres, out of which around 560 m has been adapted for tourists in terms of concrete pathways and contemporary lighting, only 20 minutes from the Termag Hotel. The decorations in Orlovača cave are unique: they are hidden wonders where stalagmites, stalactites and halactites are interspersed with fragments of coral and aragonite decorations and unique cave pillars.

The magnificent Drina River Canyon, 700 - 1000 m deep, is the deepest canyon in Serbia and the third deepest in the world after the Tara River Canyon (1300 m) in Montenegro and the Grand Canyon (1800 m) in the USA. The vertical cliffs of the Drina River Canyon and its tributaries from this area are highly attractive to those who love mountaineering. After only thirty minutes of sailing you will enter the area with beautiful green water and forest covered cliffs drawing the water and the sky together.

Drvengrad (Küstendorf in German; Kustendorf) is a folk village in Serbia near Mokra Gora in the municipality of Užice. Drvengrad is situated on the border of Zlatibor and Tara mountains. It was established and built on Mećavnik Hill based on the idea of a Serbian film director Emir Kusturica, for the purposes of making his film "Life is a Miracle". Mećavnik Hill rises above the Mokra Gora village and is at the same altitude as the Jatare railway station which the narrow gauge "Šargan Eight" railway passes through.

The Šargan Eight is a section of a narrow gauge railway between the towns of Užice and Višegrad, and Mokra Gora and Kreman, going over Šargan Hill. This railway goes over many bridges and through 19 tunnels, the longest being the Šargan tunnel: 1660.80 m. By the numbers of bridges and tunnels, and the gradient of 18 permille, the Šargan Eight railway is unique in Europe and it represents one of the tourist attractions of Zlatibor Mountain. Since a steam locomotive cannot overcome the steep gradient, the railway winds around the hill in wide circles, making a figure eight.

This is a tourist, cultural, administrative and educational complex situated on a peninsula between the Drina and Rzava rivers, 300 m from the Bridge of Višegrad. Its construction was the idea of prof. Kusturica, who wanted to create a medieval town made of stone inspired by the works and characters of the Nobel Prize winner, Ivo Andrić. It is a vision of what Višegrad might have looked like if it had not been forgotten by the Renaissance and other historical periods. In the architectural sense, the town itself is a mixture of different eras and styles which alternated throughout the history of this area: the Byzantine style, the period of the Ottoman Empire, the Renaissance and Classicism. 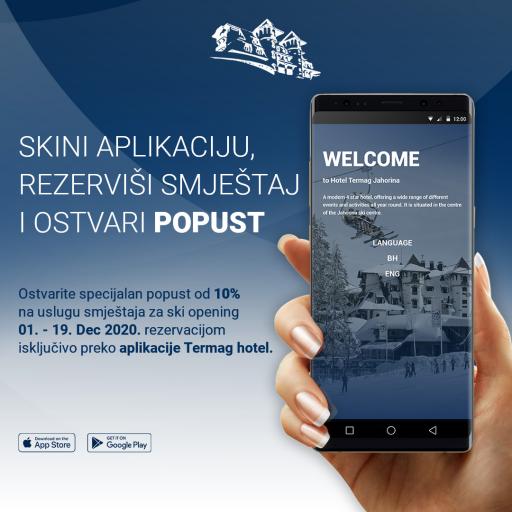